Experimental Typography Projects
"The Really Big One" is a Pulitzer-winning article by Kathryn Schulz documenting the potential devastation by a large earthquake for the Pacific Northwest.

This experimental journal layout juxtaposes the looming uncertainty of this massive natural disaster with the resulting chaos. 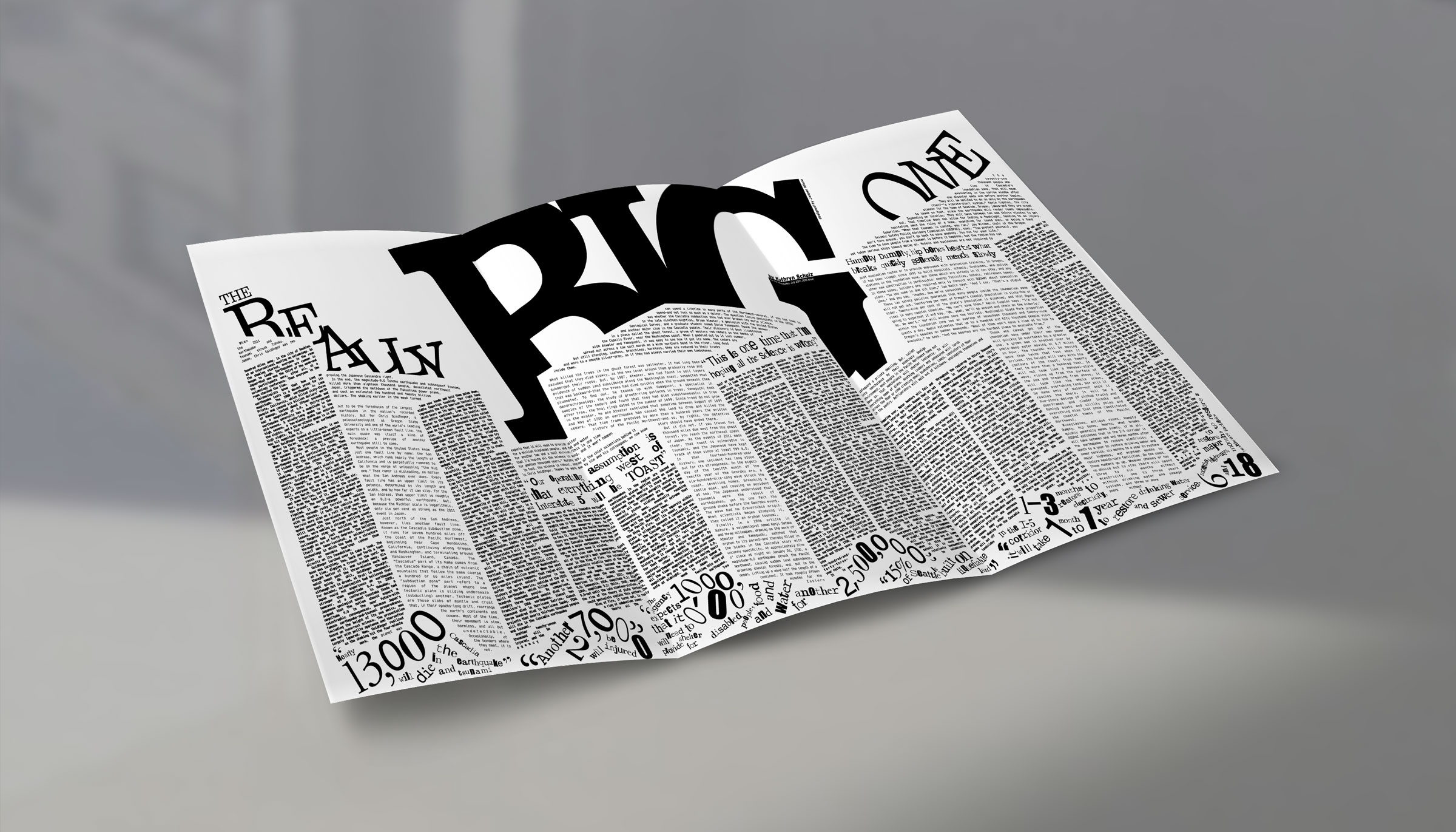 This typography project integrates the lyrics of Wednesday Campanella's "The Bamboo Princess" into a poster advertising a performance by the group at Jezero Crater on Mars. The poster concept was inspired by NASA's modern, futuristic interpretation of vintage national park posters—imagined if Japanese "vintage" ukiyo-e styles were to be given a retro-futuristic design without Western influence.

In addition to the calligraphic and woodblock-printed style, illustrated in Photoshop, I also feature several Japanese "yokai", supernatural spirits, re-interpreted as martians aliens. These all align with the theme of the lyrics of the song, which describe the return of Princess Kaguya of Japanese folklore back to space, from whence she came. 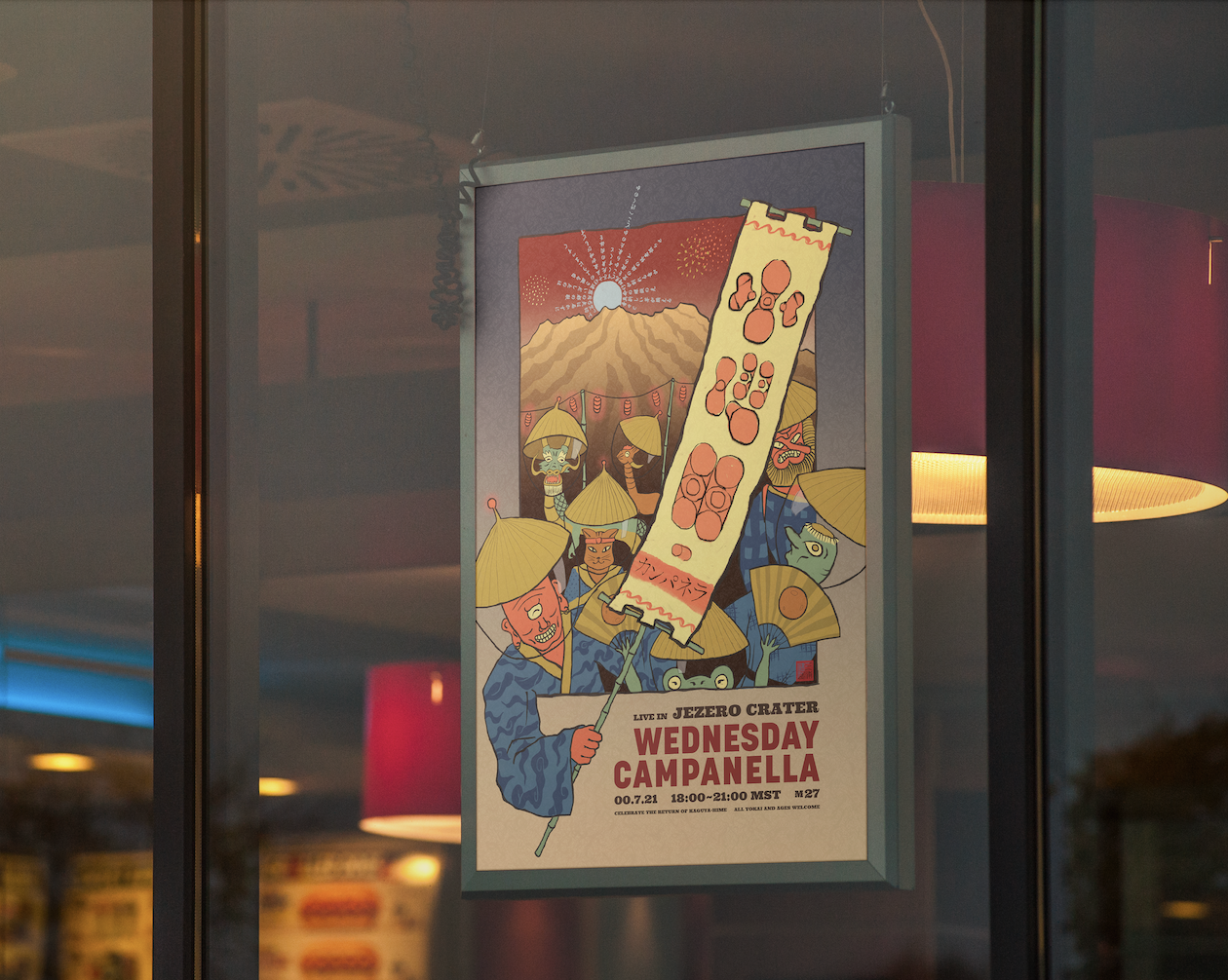 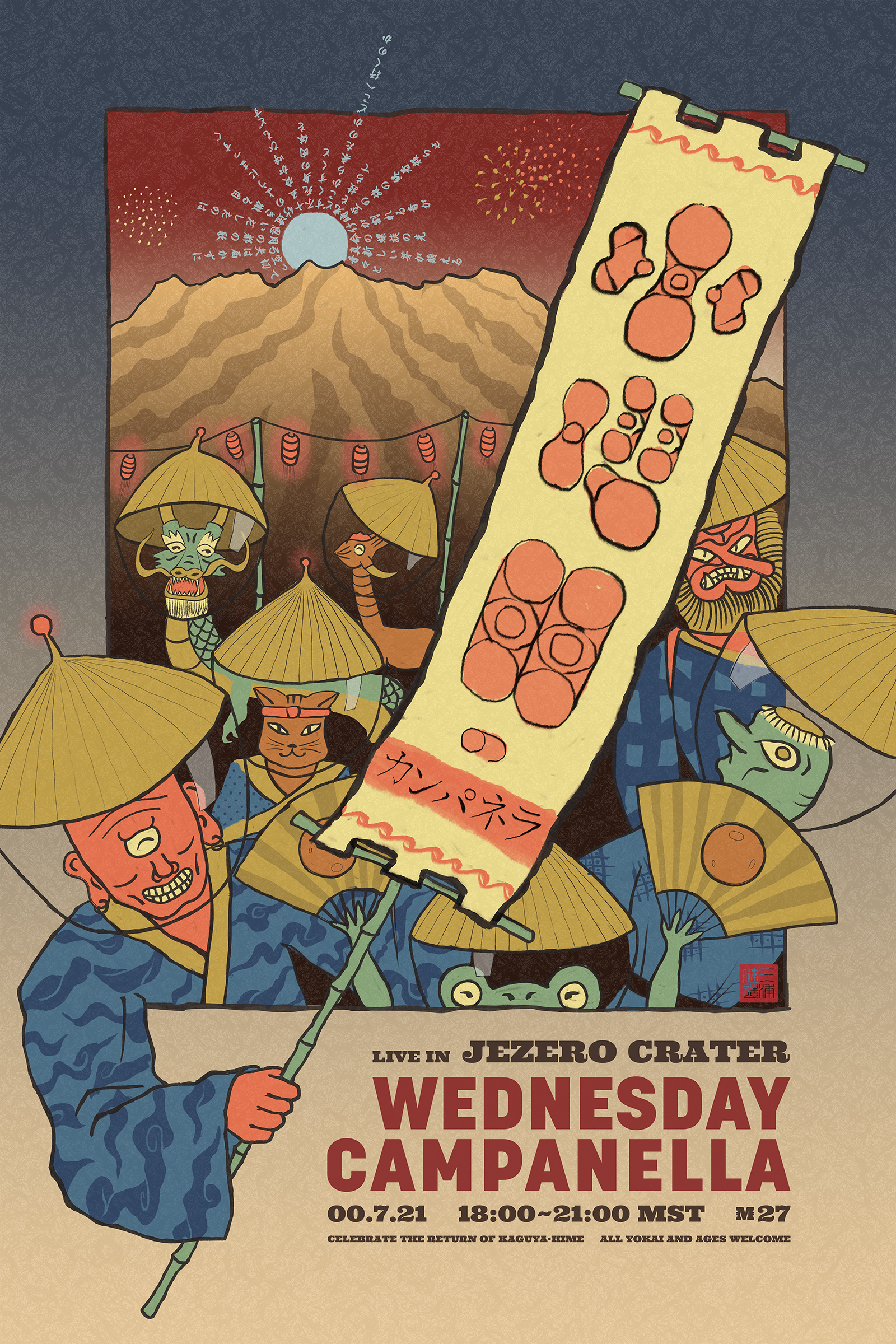