Research Report Layout Design
The Center for Political Accountability is a non-partisan, non-profit advocacy organization leading the only successful effort that is achieving corporate political disclosure and accountability. As a non-government organization (NGO), CPA works outside the political system.

Hollow Policies is a follow-up to two other research reports published in the last two years,  Corporate Enablers and Conflicted Consequences. Hollow Policies examines the risk that corporations face when their policies regarding emissions, and their political giving, are not aligned. In other words, it calls out these companies for saying they are doing great things about climate change while donating to politicians whose primary goal is fighting environmental regulations. 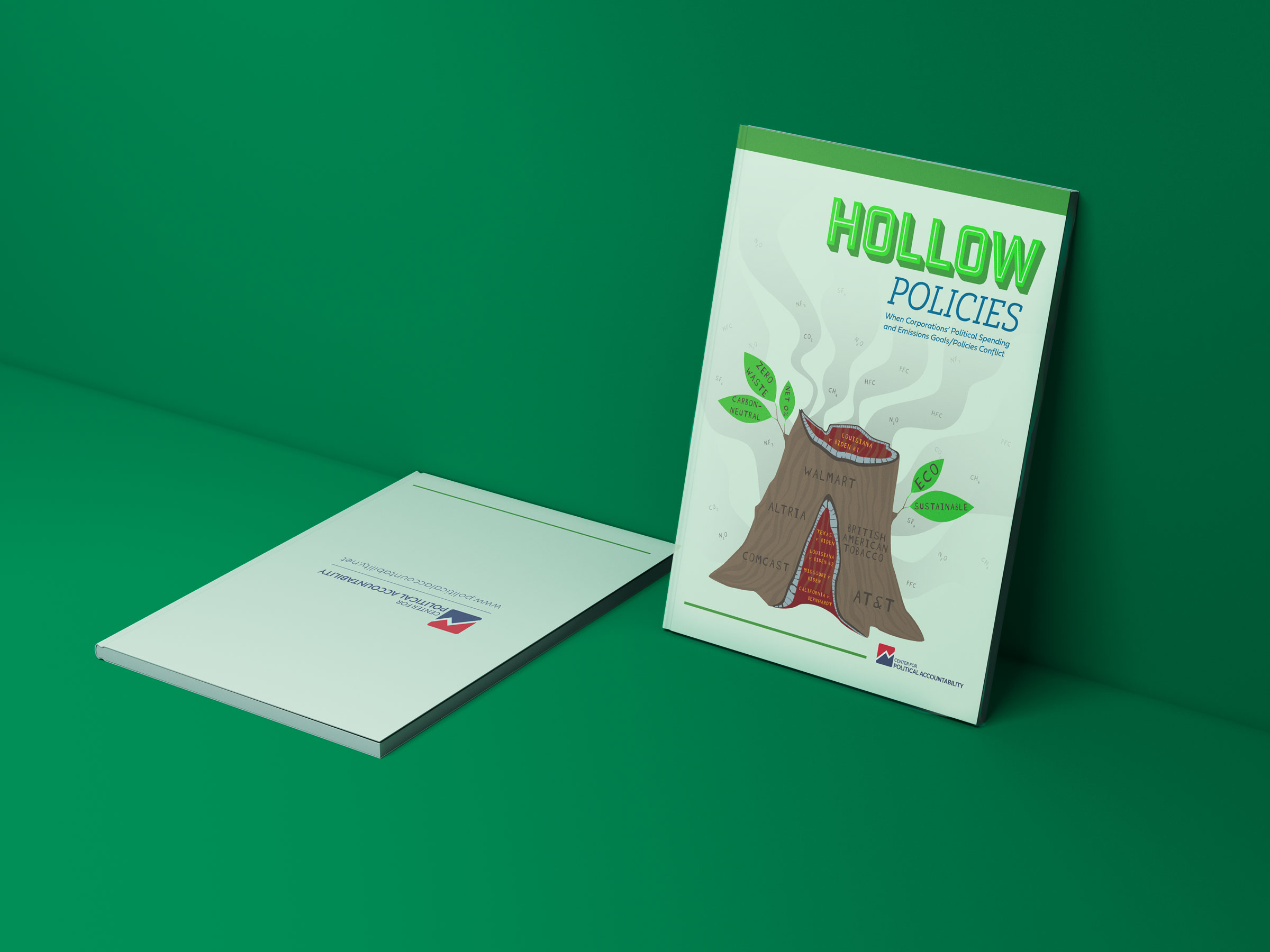 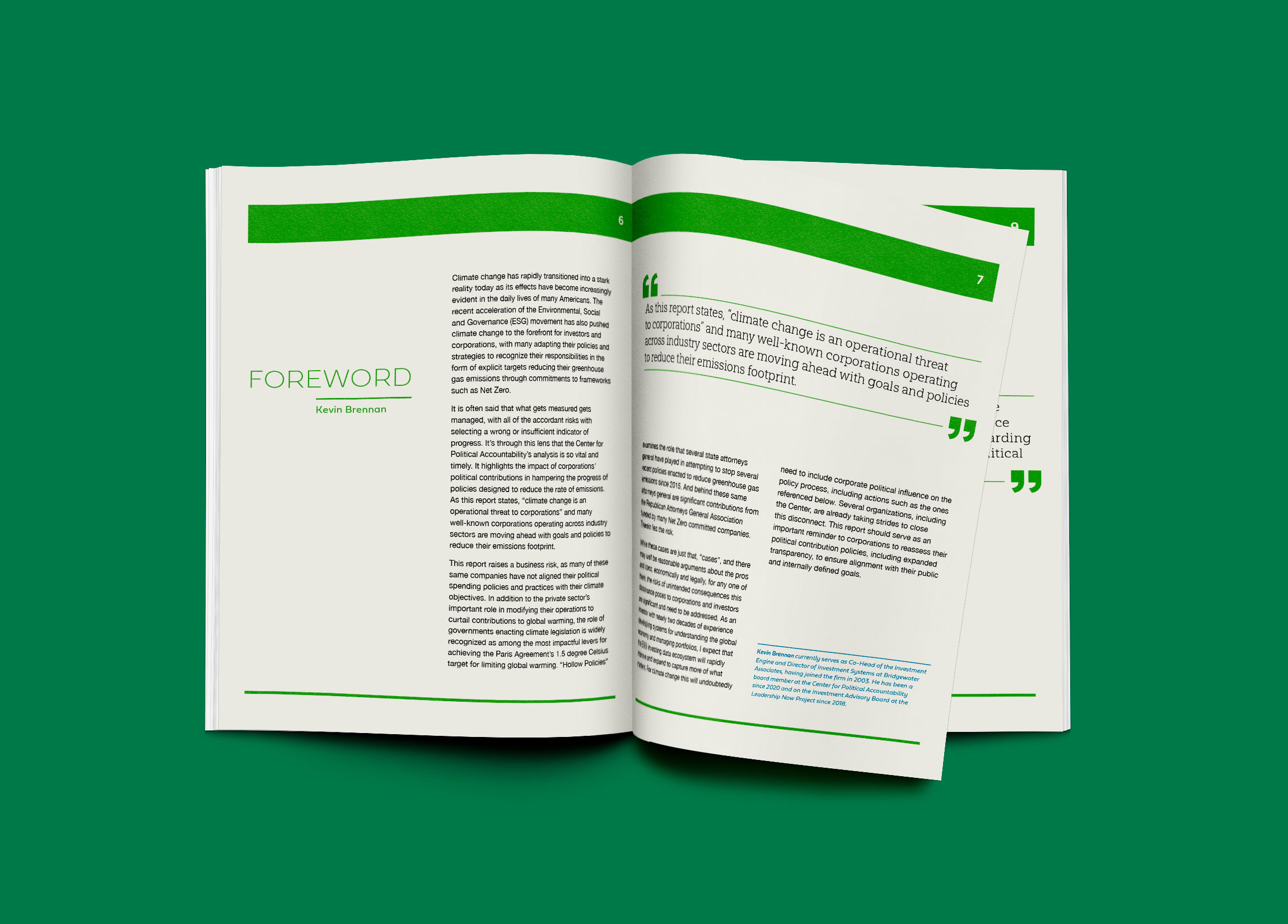 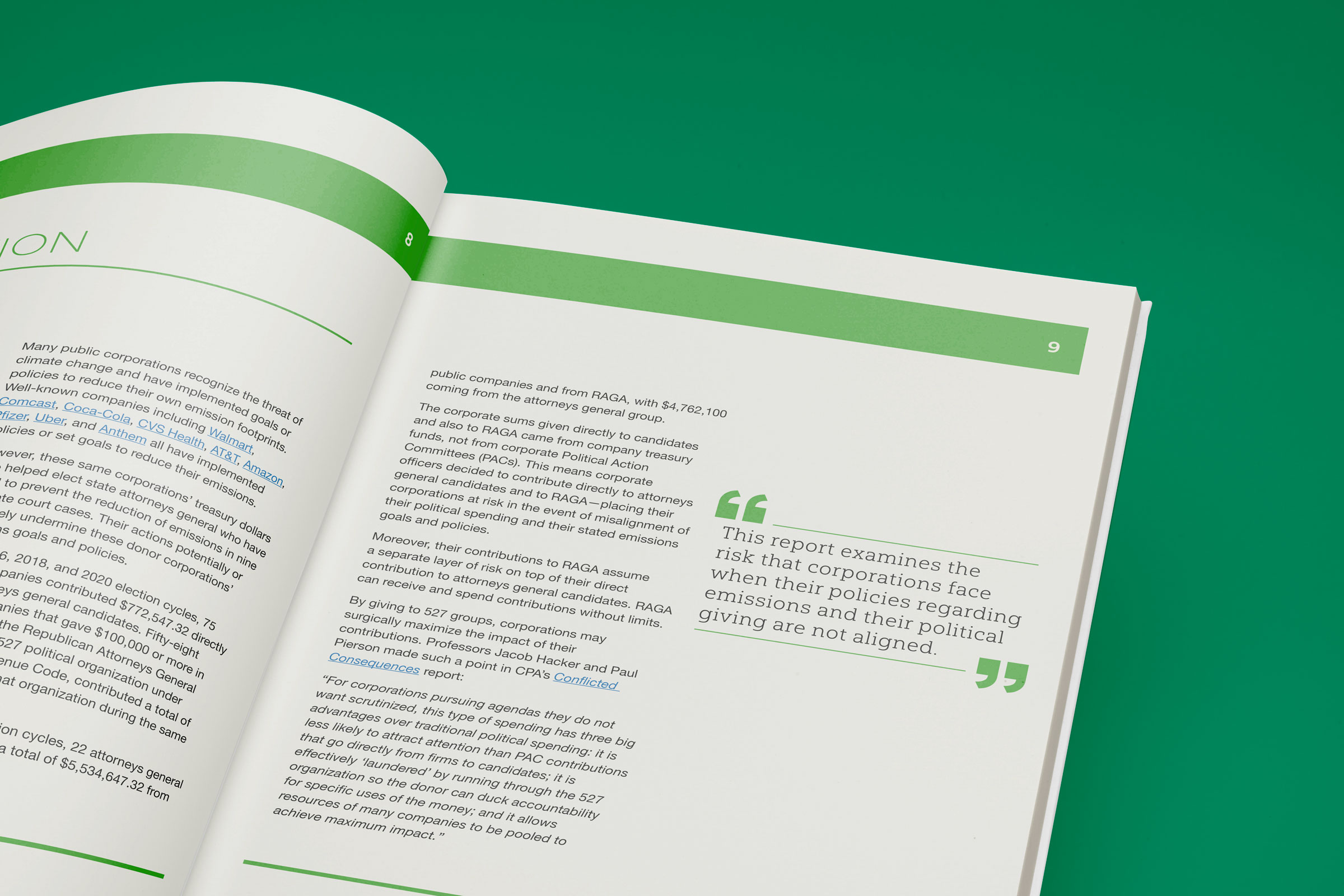 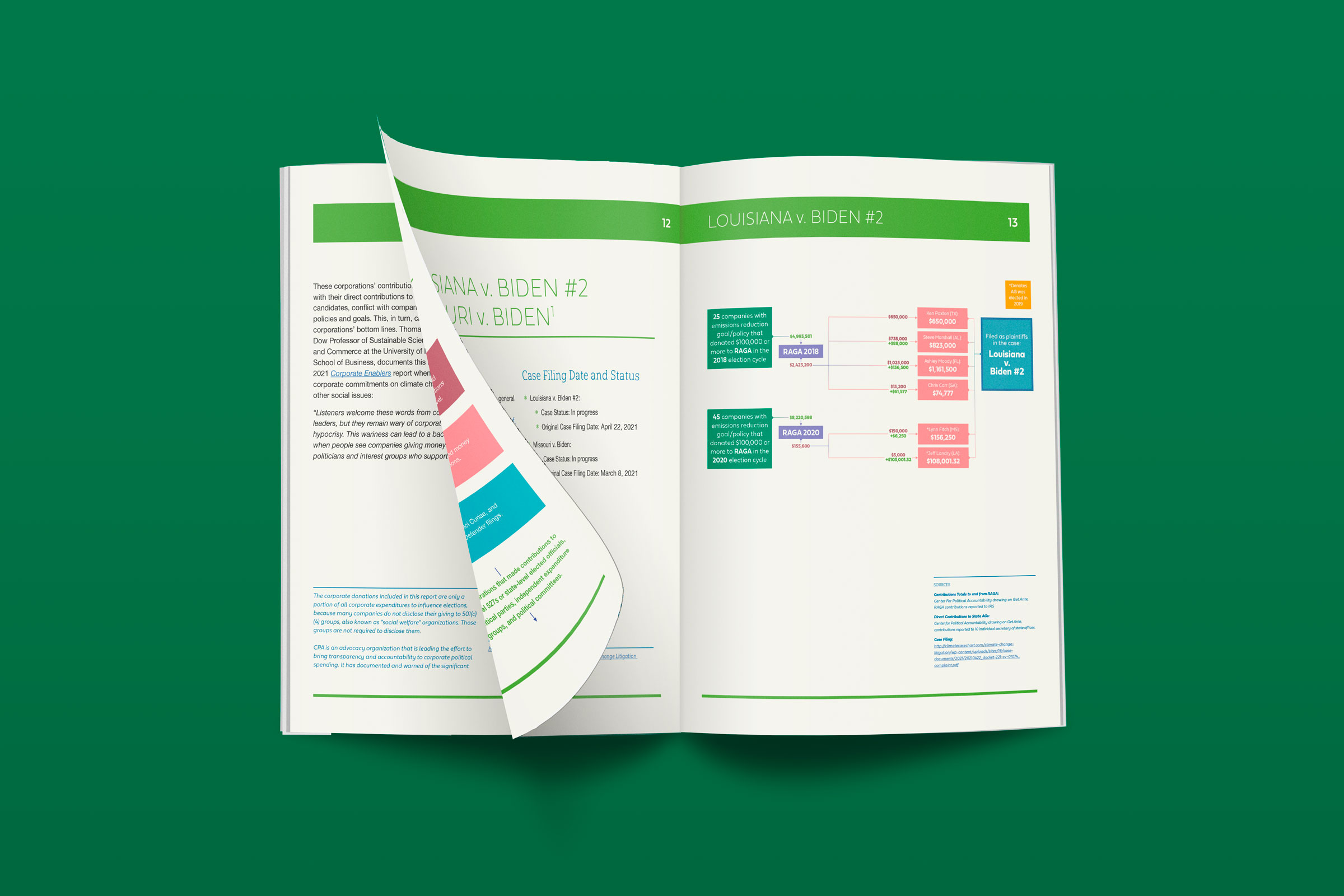